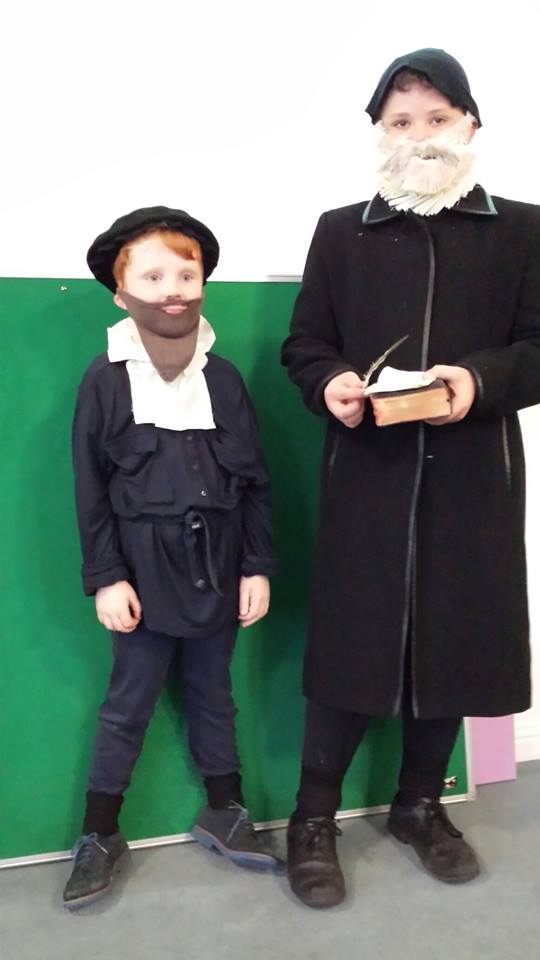 News from the pupils!

News from the pupils!

Ancient Egypt
In topic we have been learning about Ancient Egypt. It is where Moses and Joseph lived for a long time. The kings of Egypt were called pharaohs. Pharaohs and other important people were buried in pyramids. There was a river called The Nile. It was famous. The Nile ran into the Mediterranean Sea. In Ancient Egypt dead people were wrapped in cloth and ointments. They were called mummies. Once a year the Nile flooded its banks, and this made the soil soft for the farmers to grow their crops. I love this topic because it helps me understand the past and places like Egypt.
Sarita P3

The Early Church and The Middle Ages
This term we have been learning that in the Early church there were martyrs. The first one martyred was Stephen. He was martyred in 35 AD. There was Early church fathers too and they wrote a lot of books.
We have also been finding out about the Middle Ages. In the Middle Ages people were put in prison and tied up and chained. The prison was usually in the knights’ castle. The Knights wore armour.
Susanna P4