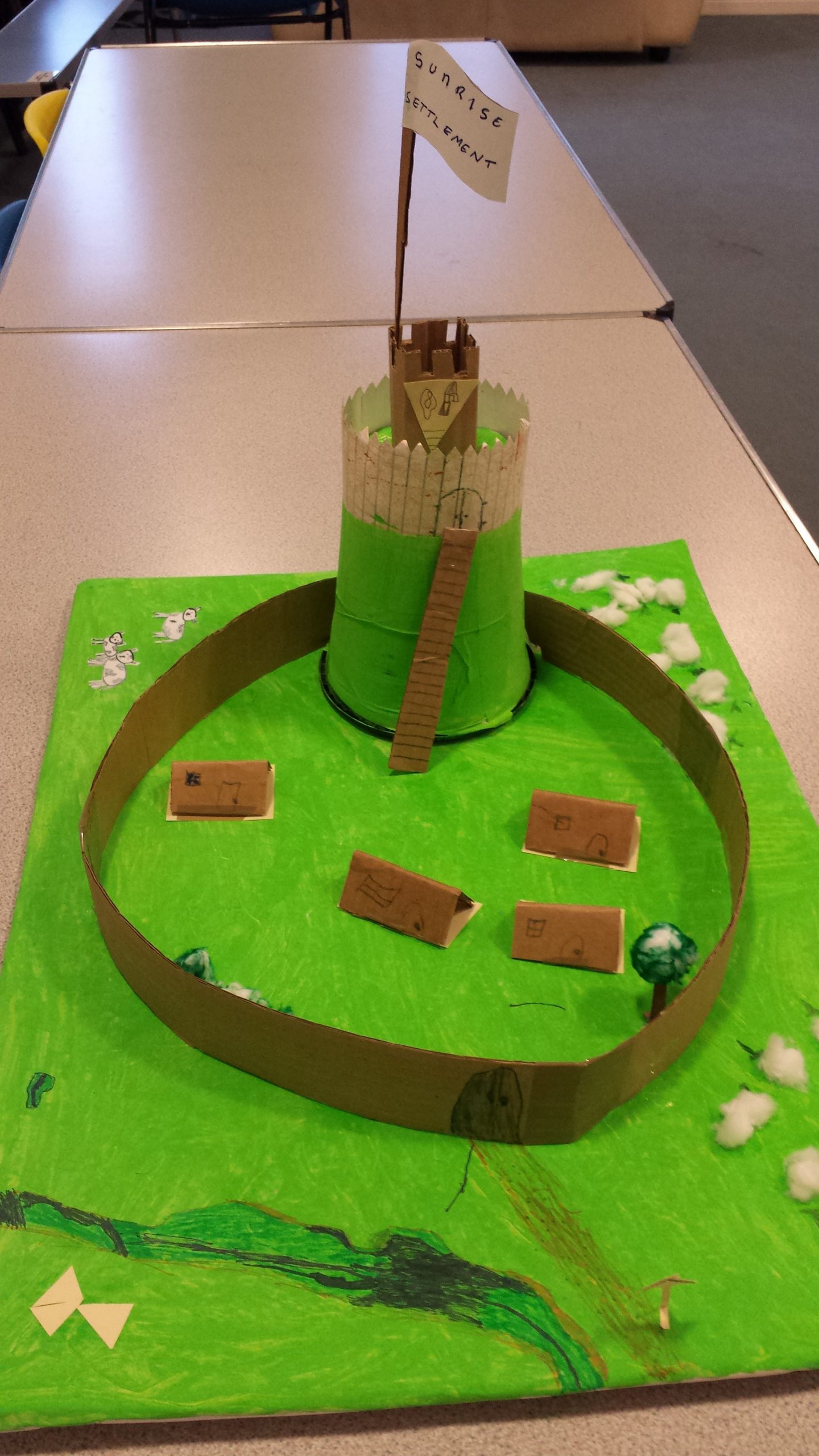 This term we have been studying the Middle Ages. Our pupils have made several crafts to help them remember the important facts.

We studied the Vikings and their influence on Scotland. We made terrifying Viking longboats. The Battle of Hastings

We were introduced to the three main contenders for the English Crown. We weighed up their pros and cons, strengths and weaknesses. Then we tried to think what a Biblical king should look like. Having learned the story of 1066 and the fate of the competitors for the English crown, we made our very own Bayeux tapestry. When we looked at photos of the original tapestry, we tried to read the Latin and translate it. We imagined what it would be like to be a new king in a country and what difficulties we might face. Then we thought about William the Conqueror and his unique challenges. One of the things that William the Conqueror did after 1066 was build castles throughout the country. We designed our own ideal castles first and then tried to imagine what the Normans could have made with the resources available to them. Finally, we made our own motte and bailey castle. We hope to go and visit a local castle in the near future.